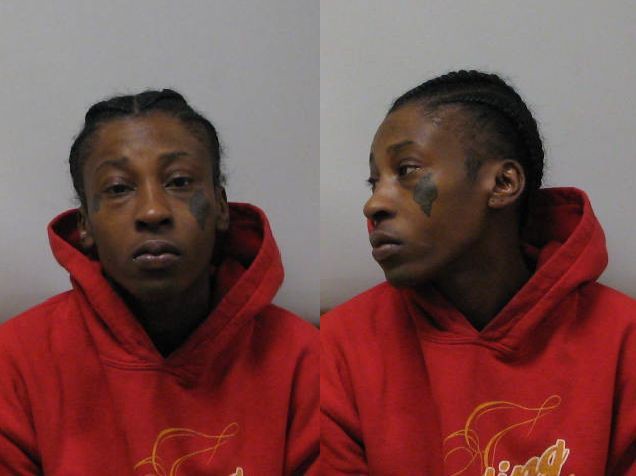 Thursday morning (1/28/2016) at approximately 4:20 a.m., Chesterfield Township Officers responded to 50900 Gratiot, the Chesterfield Motor Inn, where multiple tenants were reporting that a woman had been stabbed. Upon their arrival Officers located several persons tending to the 42 year old victim who was bleeding from several stab wounds to her back and shoulder area. The victim was able to describe the incident to the Officers (prior to be being transported to the hospital) stating that as she and Angel Mahone were walking to the bus stop on Gratiot, from the “Motor Inn”, Angel began accusing her of “cheating” with another woman during their relationship. The victim stated that Angel Mahone became progressively irate and began punching her and the victim stated she told Angel to stop, and that she was going to jail. At this point the suspect produced a knife and began stabbing her while they were in the middle of Gratiot. The victim stated she was able to flee from the roadway and take refuge in one of the witnesses apartments. The witnesses in the apartment told Officers they heard the victim screaming for help from out on Gratiot and took her in when she ran towards their unit. The witnesses added that they observed the suspect searching for her after she escaped and added that the suspect smashed out a front window to one of the apartments while searching for the injured victim. The witnesses stated they believed the suspect ultimately ran back across Gratiot and got on a southbound bus.

The victim underwent surgery for a punctured lung upon her arrival to McClaren Hospital and is listed in serious condition.

After review today by the Macomb County Prosecutors Office, Angel Mahone was charged with: Assault With Intent To Do Great Bodily Harm Less Than Murder (10 year felony), and Malicious Destruction OF Building / Less $200 (93 day misdemeanor). Malone was arraigned this afternoon at the 42-2 District Court in New Baltimore via video from the Chesterfield Township Police Department. She was then lodged at the Macomb County jail on a $100,000.00 cash bond.

**Angel Mahone was released from prison in October of 2014 after serving 4 years for an “Assault with a Dangerous Weapon” conviction. She has several other entries on her criminal history dating back to 2007**