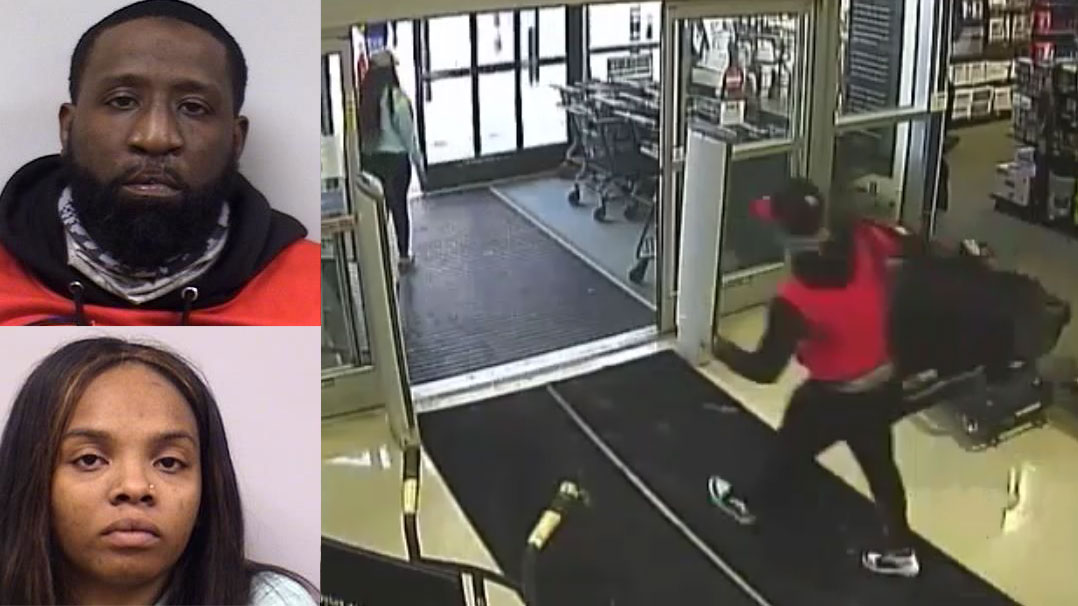 On Apr 14, 2021 at 5:41 PM Chesterfield Township Police were dispatched to Dick’s Sports, located at 50580 Waterside Dr for a retail fraud in progress. Officers arrived at the store and discovered the suspects had left in a White Chevrolet Malibu. The suspects were described as a black female and a black male. The male fled Dick’s Sports with a large black hockey bag stuffed with high valued apparel while the female held the Dick’s Sports automatic front door open. The vehicle was located parked in a handicapped parking spot in front of a nearby business. The described suspects were located walking near the Chevrolet.  Upon confirming they matched the suspect description via Dick’s Sports surveillance video, they were taken into custody for the Retail Fraud.

The name-brand apparel that was stolen from Dick’s Sports was recovered with a total value of $2821. Other property found in the vehicle, valued at $3358, was found to have been stolen from the Dick’s Store in Roseville earlier the same day.  The two subjects were transported to the Macomb County Jail on the charge of Felony Retail Fraud.

Chesterfield Township Police Detectives continued investigating the case the next day. It was discovered the same subjects were responsible for attempting to steal over $2500 in merchandise in Utica, and Troy PD is investigating them for multiple thefts, estimated to be valued at over $10,000.

The two suspects in these thefts were arraigned on the charges of Retail Fraud First Degree and Conspiracy To Commit Retail Fraud First Degree on Apr 15, 2021 at the 42-2 District court in New Baltimore. They are identified as 37 years old Terrell Anderson of Toledo Ohio and 23 years old Jveyon Palmer also from Toledo Ohio. They both have extensive criminal histories in Ohio, including Robbery, Burglary, and Assaults. They both received a $750 bond and have been released from the Macomb County Jail pending court.