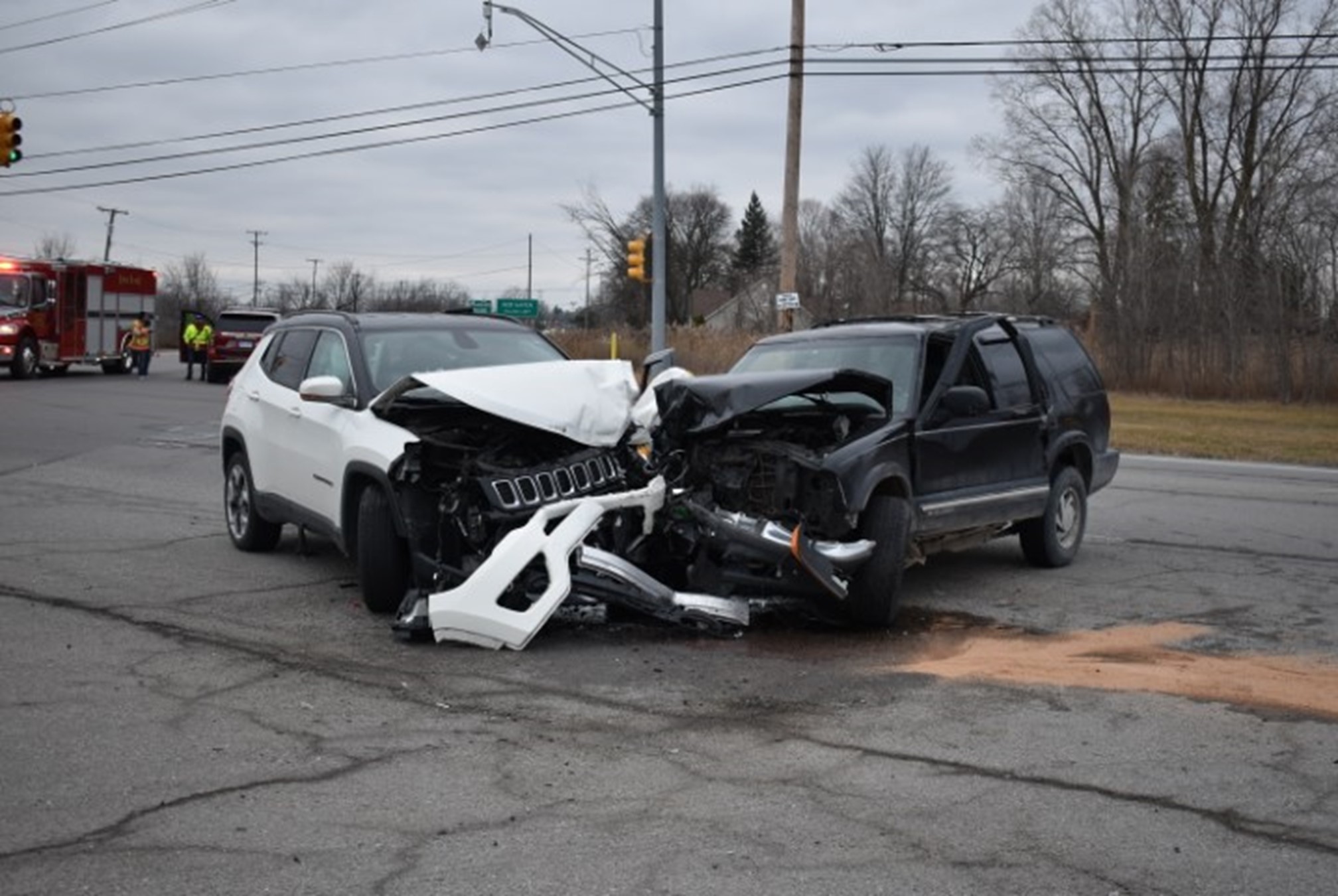 On Friday December 9th, 2022 at 2:19 PM Chesterfield Township Police and Fire Departments were dispatched to the intersection of New Haven Rd and 26 mile Rd for a serious injury traffic crash. The first responders found 2 vehicles involved in the crash with heavy damage and multiple victims with serious injuries. A 19-year-old Lenox Township resident made a left turn in front of a 57-year-old Lenox Township resident resulting in the crash. Both vehicles had multiple passengers.

Richmond / Lenox EMS transported all the occupants of the vehicles to an area hospital. A 79-year-old Lenox Township resident, who was a passenger in one of the vehicles, later died in the hospital from the injuries he suffered in the crash.

The intersection was closed to traffic for 2.5 hours.  The Macomb County Sherriff Department assisted Chesterfield Township Officers with traffic control.

The traffic crash is currently under investigation by the Chesterfield Township Crash Investigation Team and the Detective Bureau. Alcohol or drugs do not to appear to be involved in this crash.