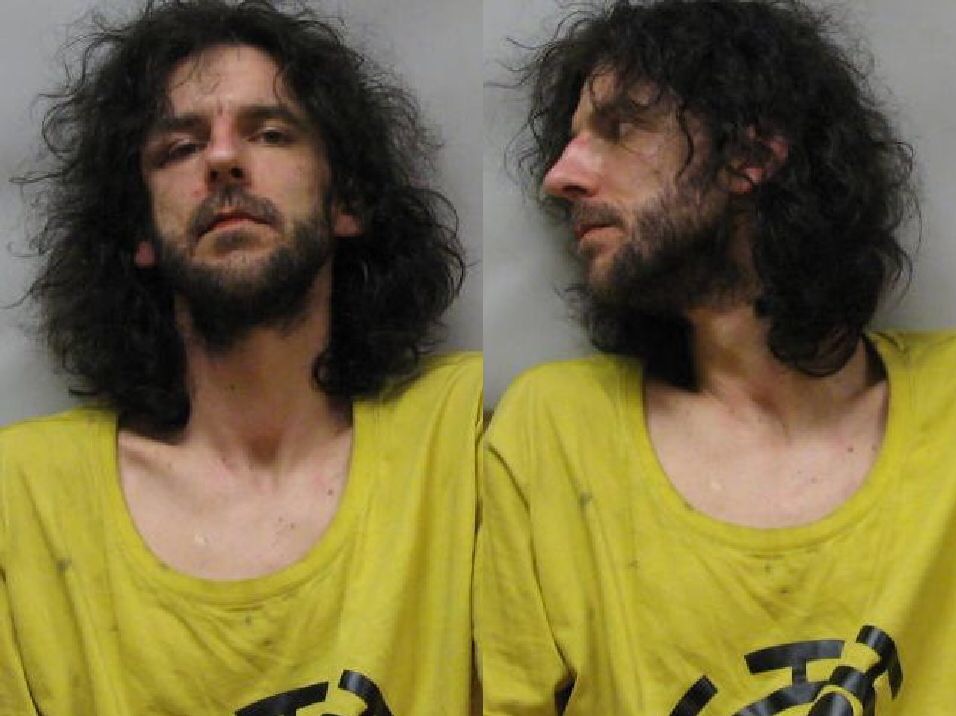 On Monday morning (03/27/2017), at approximately 6:50 a.m., employees at Panera Bread (51490 Gratiot, Chesterfield Twp. Mi.) called 911 reporting that an unknown disorderly male was in the restaurant and that he had walked behind the counter and had grabbed a male employee by the waist. After grabbing the male employee, the suspect (later identified as Matthew Warren), obtained a soft drink and sat down at one of the dining tables, telling employees, “If you call the police, I will kill you”.

A Chesterfield Township Officer arrived moments later and entered the restaurant. As the Officer entered, Matthew Warren immediately stated, “I’m going to kill you”, and threw his soft drink in the face of the Officer and charged him. The Chesterfield Officer managed to tackle the suspect and force him to the ground.

While struggling on the ground Matthew Warren grabbed onto the Officer’s holstered weapon and forcefully attempted to remove the weapon from the holster, repeatedly telling the Officer that we was going to “kill him”. The Officer managed to keep his weapon forcefully seated in the holster (by grabbing and maintaining control of the suspects hand) and continued to struggle with suspect Warren until an additional Chesterfield Township Officer arrived as “back-up”. Both Officers together managed to get control of Matthew Warren as he continued to struggle and threaten the Officers lives.

He was ultimately handcuffed and conveyed to the Chesterfield Township Police Department.

Yesterday afternoon (03/27/2017), after review by the Macomb County Prosecutors Office, Matthew Timothy Warren was charged with:

He was arraigned at the 42-2 District Court in New Baltimore via video and lodged at the Macomb County Jail on a $100,000.00 cash surety bond.
**There is no video available of the incident at this time**