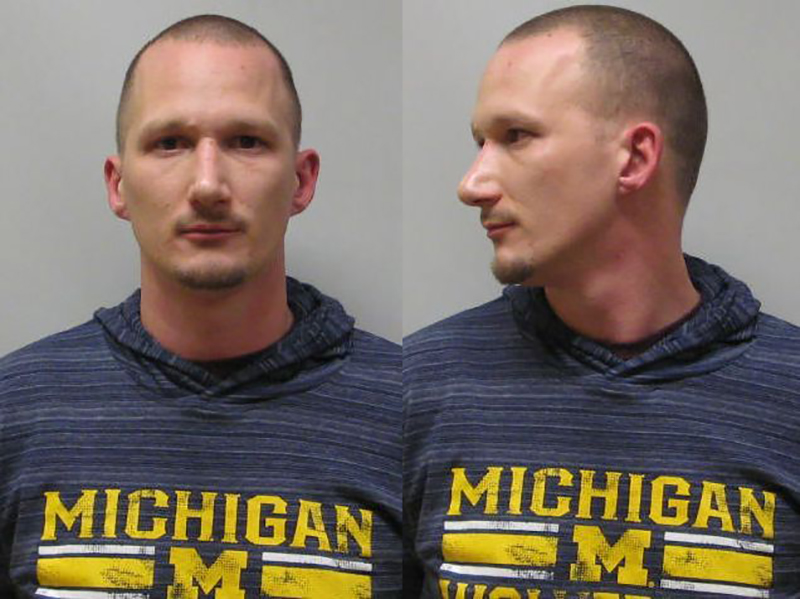 On Friday (02/02/2018), at approximately 4:30am, Chesterfield Township Officers responded to the “Speedy Q” gas station located at 37750 26 Mile Road, where the dayshift manager (opening up the business) discovered that the business had been broken into overnight. Officers at the scene observed the front door glass smashed in and determined that the entire display case of scratch-off lottery tickets had been taken from inside the station. Officers reviewed the stores surveillance video and determined that a lone male suspect smashed the glass door in at approximately 2:45am and made off with the display case containing hundreds of scratch off lottery tickets.

Chesterfield Township Investigators spent the following days interviewing employees and reviewing video from gas stations and retail stores where the stolen winning lottery tickets were likely to be cashed in. Investigators located a trail of stolen winning tickets that led them from Port Huron all the way down to 10 Mile road in Warren Mi. During the investigation Russell Spruytte was developed as a suspect and on Tuesday (02/06/2018) Chesterfield Detectives set up surveillance on Spruytte’s apartment in Port Huron Mi. During the surveillance Detectives observed Spruytte and his live-in girlfriend exit their apartment and discard bagged garbage into the complex dumpster. Detectives climbed into the dumpster after the couple drove off and recovered hundreds of unclaimed/”losing” scratch-off’s that were later confirmed as stolen tickets from the Chesterfield Speedy-Q. Russell Spruytte and his girlfriend were arrested later that same day (02/06/2018) and additional evidence was seized during a subsequent search of their apartment.

After review by the Macomb County Prosecutors Office, Russell Spruytte was charged with: Breaking and Entering a Building With Intent (10 year felony). He was arraigned today in the 42-2 District Court in New Baltimore via video from the Macomb County Jail. His bond was set at $10,000.00 cash surety.

The 32 year old girlfriend has been charged with: Accessory After the Fact to a Felony (5 year Felony). She is currently being held in the Macomb County Jail, but has yet to be arraigned.