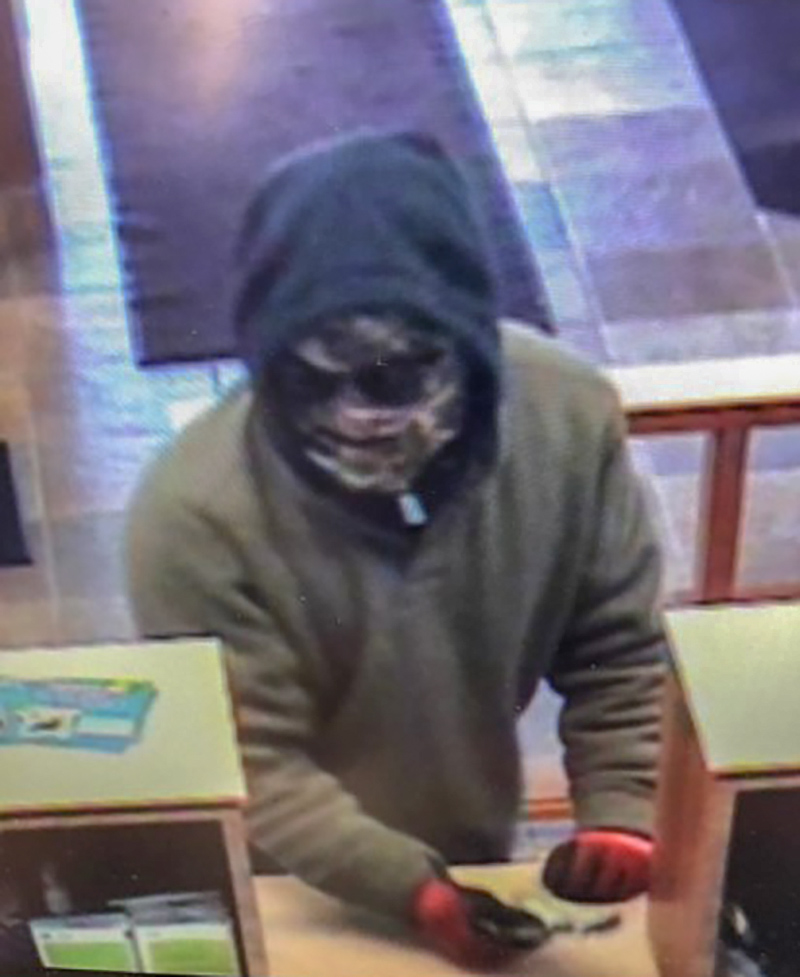 This subject has confessed to Chesterfield Twp Police Detectives to the First State bank robbery. He is in custody and is currently in the Macomb County Jail.  The investigation is ongoing.  The suspect will be identified once an arrest warrant is authorized and the suspect is arraigned on the criminal charge of bank robbery.

The First State Bank located at 53950 Gratiot Ave was robbed today just before noon. An unknown race or age male entered the bank wearing clothing that hid his identity (see photo below). The suspect fled the bank on foot with an unknown amount of cash. No weapon was seen but the suspect implied he had a gun.

Nearby L’Anse Creuse Schools were locked down for a short period of time. The lock down was released once Chesterfield Police Officers insured the suspect was no longer in the area.

The Chesterfield Police Detective Bureau is continuing the investigation. Please contact Det. Gates at 586-949-3304 if you have further information about the robbery.