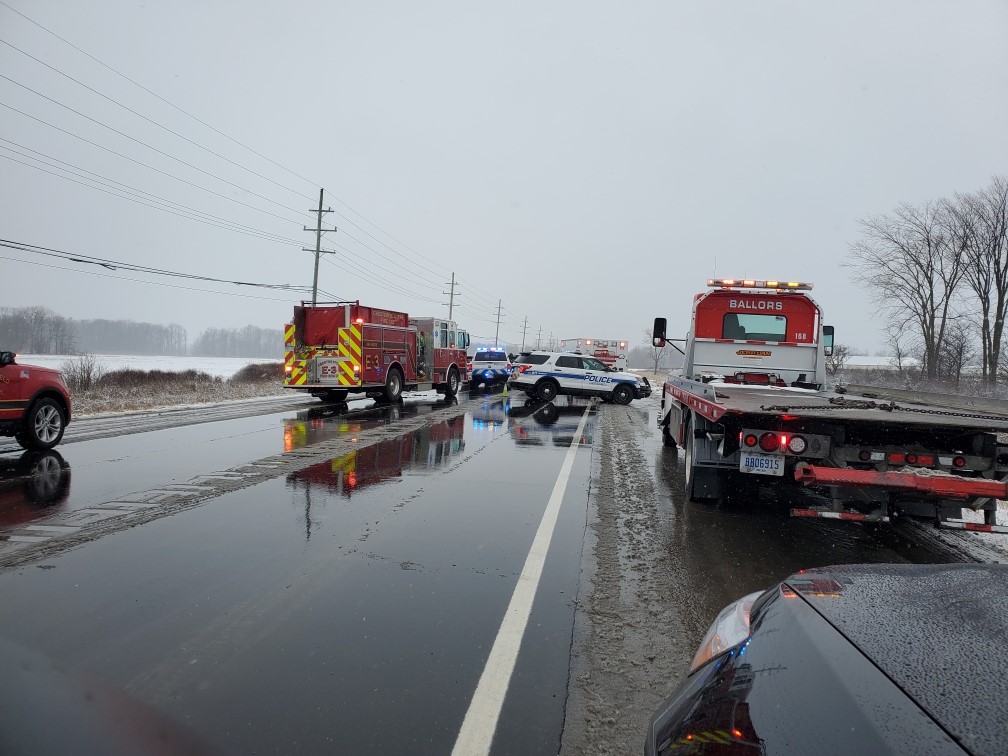 Today at 10:03am Chesterfield Township Police and Fire Departments were dispatched to New Haven Rd, just north of I-94 for an injury causing traffic crash. The weather conditions at the time of the crash were poor with falling snow and a slush covered roadway.

The officers found a 2013 Ram pickup and a 2015 GMC box truck, both rolled over with heavy crash damage. Chesterfield Police Accident Investigators and Detective Bureau were called to the scene to determine the cause of the crash. The preliminary investigation indicates the southbound Ram lost control and was struck by the northbound GMC.  The driver of the GMC was a 55 year old New Baltimore man who was transported to an area hospital with serious injuries. The driver of the Ram was 65 year old Ronald Powers of Ray Township. He was declared deceased on the scene of the crash.

New Haven Road remains closed at the time of this press release. The Chesterfield Police were assisted by the New Baltimore Police, the Michigan State Police and the Macomb County Road Commission.