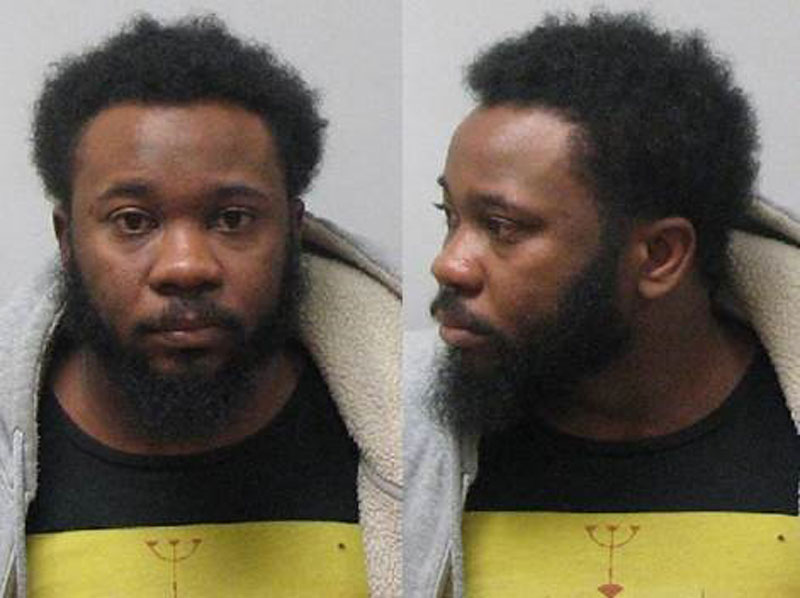 The Chesterfield Twp Police department arrested 28 year old Jarred Robinson of Somerset New Jersey on March 26, 2020. He was arraigned yesterday at 42-2 Dist Court on the felony charge of Criminal Sexual Conduct 3rd Degree with a victim between the age of 13 and 15. He is currently lodged at the Macomb County Jail with a $50,000 bond.

Mr. Robinson had an internet relationship with a 14 year old Macomb Twp girl via social media for approximately a month. On March 25th, 2020 Robinson flew from Philadelphia PA to Detroit Metro Airport. He used public transportation to travel to Chesterfield Twp. He met the 14 year old girl at the Chesterfield Twp Walmart located on Market Place Blvd. Robinson arranged transportation for the teen, from her home to Walmart via a ride share app.

The two walked to the nearby Fairfield Inn where Robinson told the teen to wait at the side door and he went to the front desk to rent a room. Robinson let the teen into the hotel and the two went to his room. Robinson had sexual relations with the 14 year old girl and just over an hour later used the same ride share app to transport the girl home.

When she arrived home, her mother was making a missing juvenile report with a Macomb County Sheriff Deputy. The mother was relieved to have her daughter home, but when she discovered what had happened to her daughter – she immediately telephoned the Chesterfield Twp Police Dept.

Once the Police Department was aware of what had occurred, the Detective Bureau and Patrol Officers immediately went to the hotel and found Robinson still in the hotel room. He was taken into custody with little resistance.