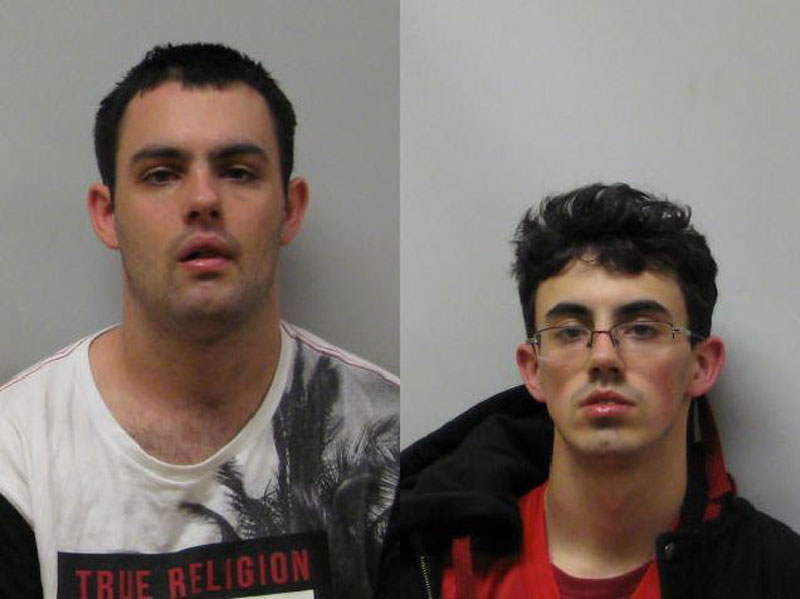 On Wednesday (05/02/2018), just after midnight, a Chesterfield Township Officer on patrol observed Jake Smith back his 2008 Ford Explorer into the parking lot of the closed “Leslie Tire” business, located at 24 Mile and Gratiot. The Officer surveyed the suspicious vehicle and observed the driver (Jake Smith) turn off the vehicle lights and exit the vehicle. The driver then pulled his hood over his head and face and walked south bound across Gratiot and into the front door of the 7/11 convenience store. The Officer radioed for back-up Officers and approached the 2008 Explorer. Seated in the front passenger seat the Officer located and identified Nicholas Smith, the brother to Jake, who could not give the Officer a logical explanation as to why they had parked in the closed “Leslie Tire” lot.

As the Officers were investigating Nicholas Smith, Jake Smith returned to the lot on foot and attempted to re-enter the driver’s door of his vehicle as if nothing out of the ordinary had transpired. At this same time Chesterfield Township 911 Dispatchers advised the Officers at the scene that they were on a 911 line with the 7/11 clerk, and that the clerk was advising that a male (matching the description of Jake Smith) has just attempted to rob her. She added that the suspect held his hand in his pocket, implying he was armed, and demanded she “empty the register”. The clerk added that she confused the suspect by telling him he needed to scan items for purchase before the register would open and that the suspect then possibly became concerned with another customer that was in the back of the store preparing a coffee, causing him to flee on foot before obtaining any money.