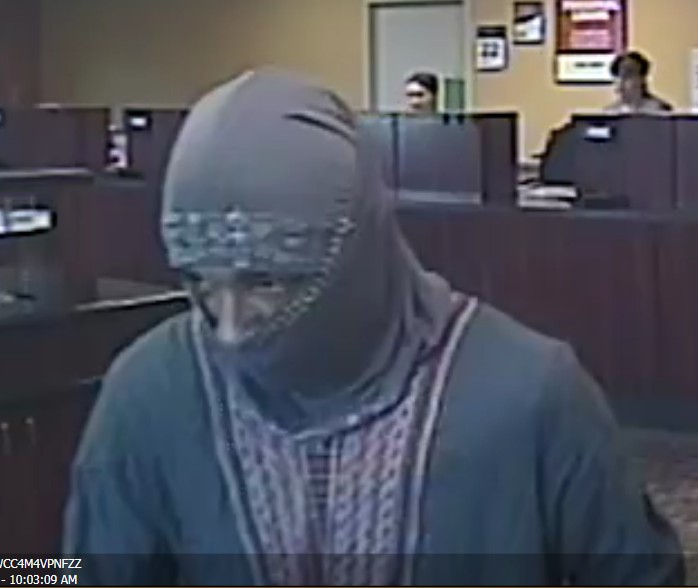 Chesterfield Township Police arrested the TCF Bank robbery suspect and an accomplice, today at 11:00AM in the area of 23 Mile Rd and Seaden Rd.

On a hunch, Chesterfield Detectives were surveilling the area of the TCF bank, with information the suspect was in the area.

The suspects were located walking along 23 Mile Road.  Chesterfield Police Detectives made contact with the suspects, and a short foot chase ensued.

One suspect was quickly arrested and the other was located and arrested moments later hiding in an adjacent business. 2 firearms were recovered.

Both suspects are black males in their early twenties and both from Detroit MI.

Both suspects are currently being held at Chesterfield Township Police Dept and will be formally arraigned next week.

On 08-22-19 at approx. 10:00am the unknown suspect shown below robbed the TCF Bank in the area of 23 Mile Rd. and DW Seaton Rd. The suspect fled the bank on foot. A note was produced and no weapon was observed only implied. The investigation is continuing if anyone can identify the suspect please contact Det. Dawidowicz at 586-949-4265